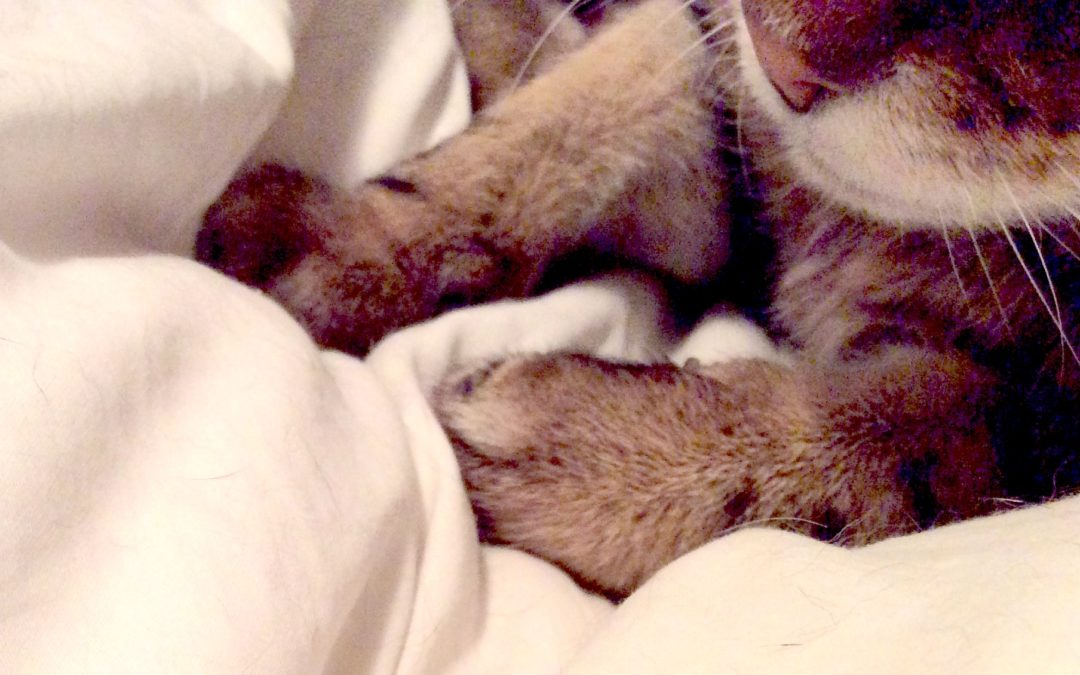 “Mehhh!” exclaims my cat Tiger when I move him over so I can get into bed. Sometimes this meowed complaint results in him leaping off my bed as if my moving him is a personal affront. He then escapes into the other room, not to return until later in the night. Cats, as you may know, do not like to be told what to do. Tiger is no exception. And he’s not shy about expressing his displeasure vocally.

His meows are very specific. I know exactly the one for this circumstance—it’s short, emphatic, and more of a loud grumble than a full meow. This is his “I’m not pleased” combined with “how dare you make me move” meow. At least we understand each other.

On this particular night, I tried to get him to move willingly. “Tiger, move over here, please,” as I tap on my comforter a foot away from his current location. He’s smart; he knows what I’m asking him to do. However, he chooses to play dumb. He just innocently glances over with a look that says: “Oh, were you speaking to me?” Our eyes lock, like a game of seeing who will blink first. I tap the preferred spot again, urging him to move, to no success.

I don’t know why he often insists on lying right where I’m supposed to. I wonder if it’s that he simply wants my spot for himself or maybe he just feels closer to me if he’s lying where I do. Whatever the reason, if he gets onto the bed before I do, he’ll plop himself down right where I plan to be.

I realize that he’s not going to budge, so I pick him up and move him. “Mehhh!” he responds, as he gives me a side-eyed glance. I get into bed fully expecting him to pout and jump off the bed. Instead, he snuggles up against my leg. Is it that he doesn’t want to leave the warmth of being on my down comforter? Or maybe it’s that he loves me and snuggles are better than pouting. I’ll go with the latter, and I think Tiger would agree.